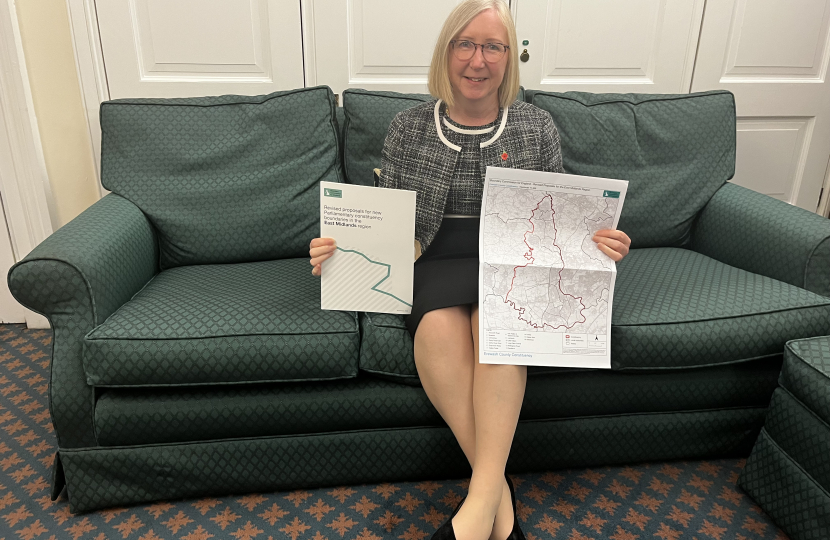 Erewash MP Maggie Throup has welcomed the news that the independent Boundary Commission have scrap plans to rename her Parliamentary seat and instead retain the name Erewash.

Under the original proposals published in June 2021, whilst the boundaries of the Erewash constituency remained unchanged, the Commission had recommended that the constituency be renamed ‘Ilkeston and Long Eaton’ in order to ‘reflect the main population centres of the constituency’.

In response, Maggie and a dedicated team of local activists challenged the recommendation, securing 483 comments on the Boundary Commission website, the vast majority objecting to the proposed name change. Maggie also gave evidence to the Commission during the public inquiry held in March.

Maggie said: “I am delighted that the Boundary Commission have listened to the wishes of Erewash residents and have now dropped their plans for a name change for my constituency.

“Each of the towns and villages within my constituency have their own clear sense of community identity, history and local traditions, yet they are unified by the name Erewash.

“I would like to thank all those who responded to my survey, the results of which strengthened the argument, and the many residents and organisations who contributed to this successful outcome.”