Derby shortlisted to be the new home of Great British Rail 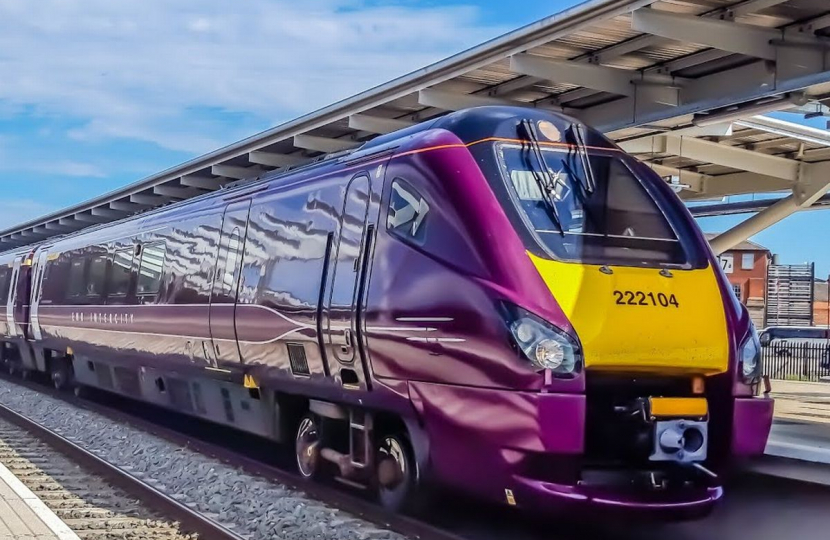 Erewash MP Maggie Throup has welcomed today’s news that Derby has been shortlisted and will now compete for the honour of being crowned the home of Britain’s railways.

As part of the Government’s commitment to level up the UK a competition was launched in October to house the new headquarters of Great British Rail (GBR).

42 cities and towns came forward to place their bides to be the home of GBR HQ – and these applications were measured against six criteria: Alignment to levelling up objectives; connected and easy to get to; opportunities for GBR; railway heritage and links to the network; value for money  and public support.

The public vote, which will play a crucial role in determining the chosen location, has officially opened today (5th July 2022).

Members of the public can choose the town or city they think makes the best case for this prestigious honour online gbrtt.co.uk/hq-competition-public-vote, with the final decision made by the Transport Secretary later this year.

“Whilst talent is spread evenly across the country, opportunity is not – which is why it is this Government’s central mission to level up each corner of the country.

“That is why I am delighted that Derby has been shortlisted to be the next home of Great British Rail and to sit at the heart of the Government’s mission to modernise our railways.

“Securing the new headquarters of GBR would deliver high-skilled and high-paid jobs not only for people in Derby but for local people across our area, including here in Erewash, and so I urge all residents to back the bid and vote for Derby today.”

Local MP Maggie Throup is delighted to announce the return of her Erewash Jobs and Community Fair, which this year will be held at the Chatsworth Arts Centre and Duchess Theatre, Long Eaton on Tuesday 27th September 2022 between 10am & 4pm.