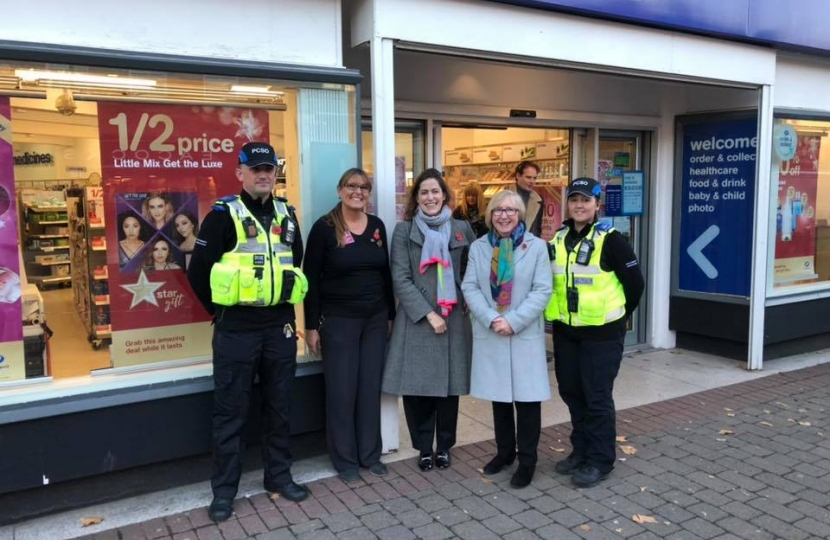 Derbyshire is set for a huge boost in police numbers as part of the Government’s wider commitment to recruit 20,000 new officers across England and Wales by 2022-23.

The Home Secretary has confirmed that during the first phase of the uplift, Derbyshire will receive an additional 85 police officers by the end of next year.

Erewash MP Maggie Throup, who is leading a campaign to tackle crime and anti-social behaviour locally, welcomed the announcement, saying:

“I am extremely pleased that our area is to benefit from the £750 million being spent to support police forces across England and Wales recruiting up to 6,000 additional officers in the first phase of the uplift, which will eventually see 20,000 new officers on our streets by 2022-23.

“We all have a right to feel safe in the communities where we live and work, and so the 85 new police officers on the beat will reassure Derbyshire residents of this Government’s commitment to tackling the problem of crime and anti-social behaviour.

“Locally, it is imperative that Erewash is allocated its fair share of these new officers, and I will be doing everything I can over the coming months to ensure the Police and Crime Commissioner delivers for our area.”

Over 100 million meals have been claimed under the Government’s Eat Out to Help Out scheme
39,000 meals claimed under the scheme in Erewash
Maggie urges local people to continue supporting local businesses as the UK bounces back from coronavirus