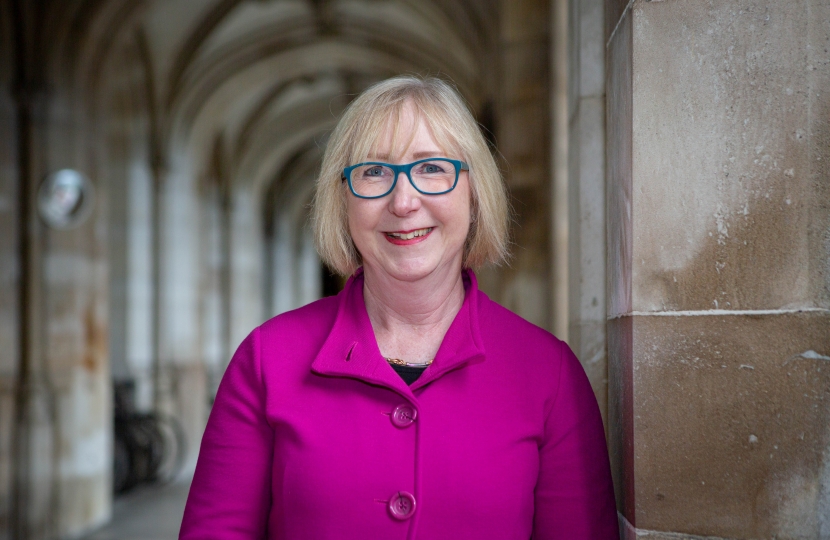 Erewash MP Maggie Throup has welcomed the publication of the terms of reference for a fan-led review of football by the Secretary of State for Digital, Culture, Media and Sport, The Rt. Hon. Oliver Dowden CBE MP.

The review, which is part of the Government’s 2019 General Election manifesto, will be wide-ranging in scope and examine the potential for changes to ownership models, governance, how finance flows through the game and how to give supporters a greater say in the running of the game.

The Secretary of State has appointed former Sports Minister, qualified FA football coach and avid football fan, Tracey Crouch MP to Chair the review, with the final report expected to include recommendations on what steps can and should be taken, and how they should be implemented.

“Following another turbulent week off the pitch with the controversy surrounding the proposed formation of a European Super League, I am delighted that the Culture Secretary has brought forward the Government’s fan-led review of football.

“Football means so much to so many people across the country and teams are ultimately nothing without the loyal fans who support them through the good times and the bad.

“Tracey is a fantastic advocate for the grass-roots game, and I have no doubt she will lead this root and branch review with the same passion she shows for her own team….even if it is Spurs!

“I look forward to inviting her to a match at one of our amazing local clubs here in Erewash in the very near future, so that she can see for herself the immense contribution that loyal fans make to community football.”

Following the death of His Royal Highness The Prince Philip, Duke of Edinburgh, and in light of the fact that many people will be unable to sign a Book of Condolence due to the current Coronavirus restrictions, I have today written to Her Majesty The Queen on behalf of the residents of Erewash to