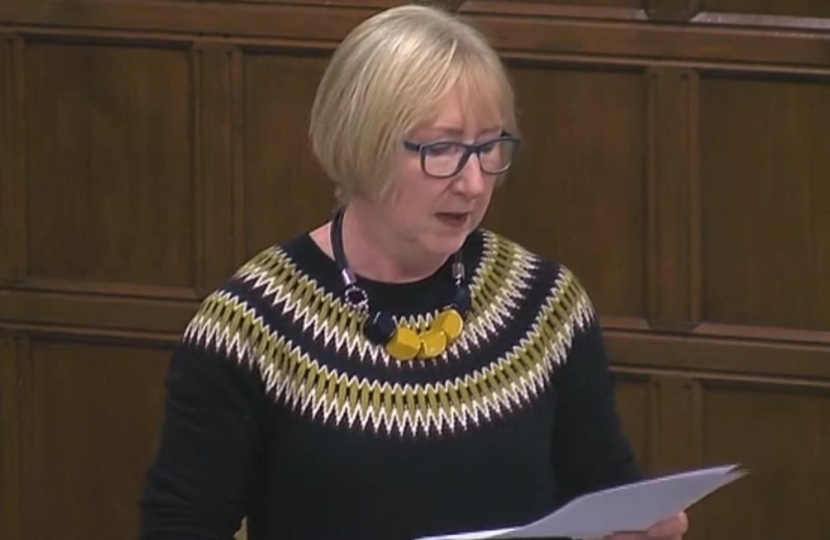 This week, Erewash MP Maggie Throup contributed to an important Parliamentary debate about Small Modular Reactors (SMRs) and called on the Government to step up its support for this type of innovative nuclear technology being developed by UK firms, include Derby-based Rolls Royce.

During the debate, which was held in Parliament’s secondary chamber, Westminster Hall, Maggie spoke about the need for the UK to establish its own independent source of clean, affordable domestic energy and highlighted the economic benefit that the manufacturing of SMR power plants could bring to the local area.

Commenting after the debate, Maggie said:

“With a number of nuclear power stations due to be decommissioned in the next 10 to 15 years, continued instability in the Middle East and increasingly hostile Russian State, the Government must act now to bridge the gap and protect Britain’s security of supply.

“SMRs, which take a relatively short period to construct and bring online when compared to conventional nuclear power stations, offer a ready-made solution to help the UK meet its future energy needs.

“In addition, the UK Small Modular Reactor Consortium, led by Rolls-Royce, estimates that an SMR program has the potential to create up to 40,000 skilled jobs in the nuclear industry and associated supply chain and to add more than one £100 billion to the economy.

“Locally, with Derby being the centre of Roll-Royce’s nuclear operation in the UK, the manufacturing of SMRs in the city would create significant new job opportunities, which would benefit my constituents in Erewash.”

Responding to the debate, the Minister responsible for the Nuclear Industry Richard Harrington told MPs that the Government was committed to establishing an SMR program in the UK.

As well as the multi-million pound investment already available to develop and regulate designs, the Minister said that the Government was currently considering a bid by UK Small Modular Reactor Consortium and hoped to bring forward legislation in the summer to support the UK’s nuclear industry, including SMR production.