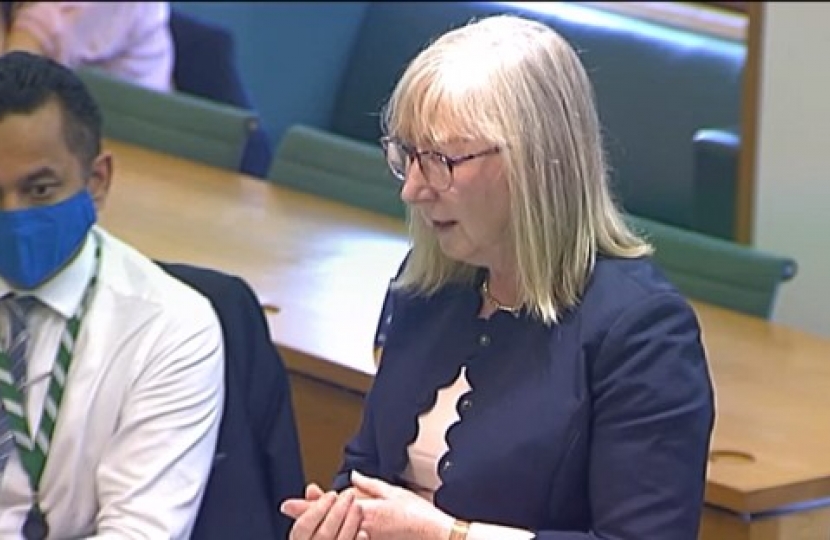 Erewash MP Maggie Throup has responded to her first debate as a Government Minister on the subject of reopening the Stoke-Leek railway line.

The debate, which took place in Westminster Hall on Tuesday (21st July 2021), was secured by The Rt. Hon. Karen Bradley MP, as part of her wider campaign to reinstate the railway line which would serve her Staffordshire Moorlands constituency.

As a Government Whip and Lord Commissioner of HM Treasury, Maggie is usually prevented from speaking in debates, but was given her first outing at the Despatch Box after the Rail Minister, Mr Chris Heaton-Harris, was asked to self-isolate by the NHS Track and Trace App.

“Not only was it a great honour to represent the Government at the Despatch Box for the first time, but the subject of the debate was of particular personal interest to me given our successful local campaign to reopen Ilkeston Railway Station, which, like the Stoke-Leek line, was an original victim of the Beeching Report.

“As we have seen for ourselves, the restoration of stations and rail lines bring huge benefits for local residents and businesses, and is why the Government is investing £500 million in the Restoring Your Railways programme to help more communities to reconnect with the rail network.

“I want to congratulate Karen for securing the debate and pay tribute to our colleagues across Staffordshire who are championing this issue so effectively on behalf of their constituents.”

Update on the situation in Afghanistan

Like you, I have been deeply moved by the scenes we have witnessed and share the concerns that have been expressed for the people caught up in the humanitarian crisis that continues to unfold.