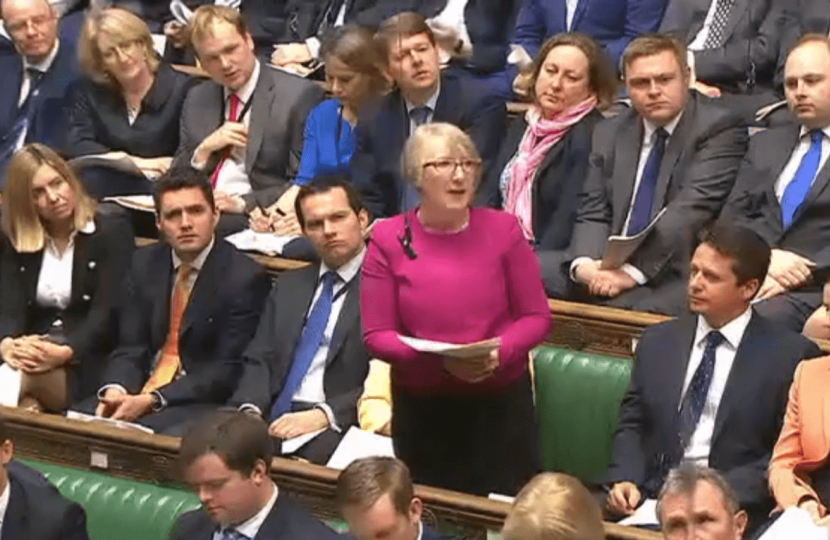 During the Prime Minister's statement to Members of Parliament on Thursday morning about ISIL and his strategy to extend air strikes from Iraq into Syria, Erewash's MP Maggie Throup questioned the Prime Minister about the current terrorist threat to our local towns and cities.

Maggie said: "I felt it was important I heard directly from the Prime Minister the extent of the threat to us as we go about our daily life and at the same time find out what measures are in place to keep us safe, especially on the run up to Christmas.

"The Prime Minister was quite clear that the threat level is severe, however our police and the security services do have the powers they need.

"This does not detract from the need for everyone to be vigilant and not be afraid to report any thing or anyone suspicious."

"Will my right hon. Friend assure the House—and, indeed, my constituents—that if a decision is made to extend air strikes into Syria, every effort will be made to keep people safe on the streets of Britain, especially during the Christmas period, when our towns and cities are especially busy?"

To which he replied:

"My hon. Friend has asked a very important question. This is part of the strategy to help keep us safe. We cannot deny the fact that there is a danger to our country now—the level of threat is set at severe, which means that an attack is highly likely—but we are already at that level, and the view of our intelligence and security services is that in terms of a threat from ISIL, we are already very high up on its target list."