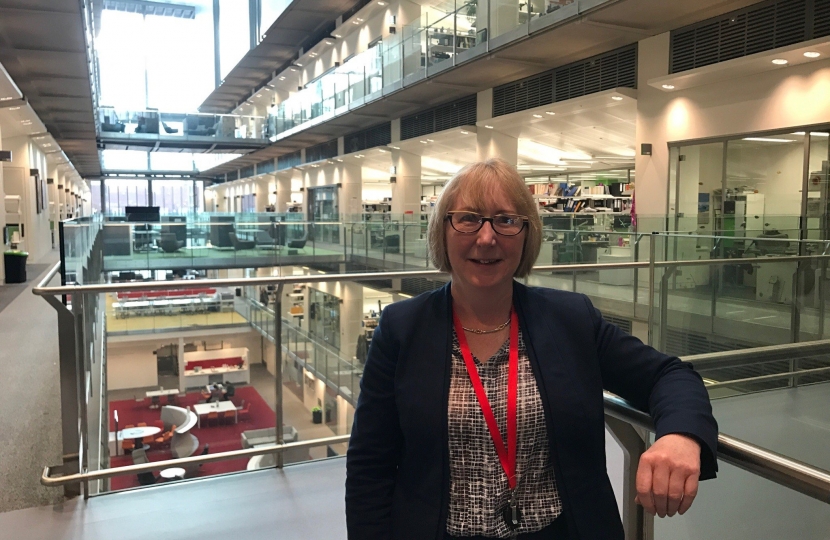 Erewash MP Maggie Throup has welcome news of a new £45 million partnership between the Department of Health and Social Care and Cancer Research UK, which is set to revolutionise Brain tumour research in the UK.

£20 million of Government funding will be invested through the National Institute for Health Research (NIHR) over the next five years, which will kick-start a formal call to the research community encouraging teams to put forward new research proposals.

In addition, Cancer Research UK have committed an extra £25 million over the next five years to support two new specialised  research centres: The Children’s Brain Tumour Centre of Excellence, based at the University of Cambridge and The Institute of Cancer Research, London.

This adds to the £13 million already spent each year by the charity on research and development of new treatments for the disease.

“I believe it is extremely important that the UK has a co-ordinated approach to brain cancer research, in order to change the trend in prognosis for patients living with brain tumours.

“I am therefore delighted with today’s announcement and would like to commend both the Health Secretary and Cancer Research UK for their commitment to eradicating this terrible disease.”

“While survival rates for most cancers are at record levels, the prognosis for people with brain tumours has scarcely improved in over a generation. I am grateful to Baroness Jowell and other MPs who have campaigned with great dignity and courage to raise awareness of this issue.

“Our ambition is to deliver a big uplift in the funding of brain cancer research, while galvanising the clinical and scientific communities to explore new avenues for diagnosis and treatment in the future – it is a chance to create a genuine, step change in survival rates for one of the deadliest forms of cancer.”

“Brain tumours remain a huge challenge, with survival barely improving over the last 30 years. Since we laid out our plans to tackle this challenge in 2014, Cancer Research UK has already substantially increased its funding into brain tumours and attracted some of the world’s leading experts to the UK.

“This new funding will mean that we can accelerate these efforts further, by developing a critical mass of expertise in key areas and supporting work along the entire research pipeline to improve survival for children and adults with brain tumours.”

Each year around 11,400 people in the UK are diagnosed with a brain tumour and just 14% of people survive their disease for 10 or more years.