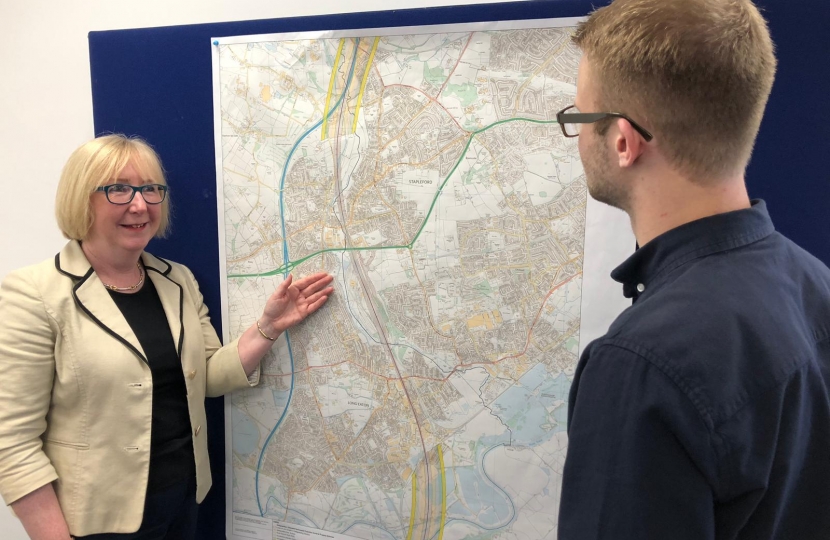 Following the Government’s decision to proceed with the High Speed 2 (HS2) rail project, Maggie Throup MP, Member of Parliament for Erewash has released the following statement:

“I welcome today’s announcement by the Prime Minister that HS2 is to go ahead, primarily as it will bring some much-needed certainty to residents and businesses in Long Eaton, Sandiacre and Stanton Gate.

“I have always maintained that the time to stop HS2 was back when the original route was proposed in 2009 by the last Labour Government.

“Since that time, homeowners and businesses in Erewash have been served with blight notices and begun the process of relocating their lives.

“To have shelved the project now would have left them with all of the pain but none of the gain, as potential investors, mortgage lenders and insurance companies could have credibly made the argument that a future Government may choose to resurrect the scheme and the properties would have remained blighted for generations.

“In addition, to have either postponed or cancelled Phase 2b of the project, would have allowed all the inward investment to flow to Birmingham and Manchester, again leaving the East Midlands as a ‘poor relation’ to its western neighbours.

“As the Member of Parliament for Erewash, I remain focused on my central mission of securing the best compensation and mitigation packages for residents and business in Erewash.

“In my submission to the Oakervee Review and subsequently in my letter to the Prime Minister, I made clear my significant concerns about the institutional failings of HS2 Ltd., including their current processes for compensating those who are displaced by the line of route.

“In reviewing the second phase of HS2, I will be looking to Government to address these failings and put in place more robust measures to hold HS2 Ltd. and its partners, to account.

“I am immensely proud of the steps our Government is taking to level up the playing field in the Midlands and the North. I pleased that HS2 will continue to play a key role in helping to realising this ambition and delivering on the Prime Minister’s central focus of unleashing the potential of the whole of our United Kingdom.”

People across Erewash are being given reassurance in the wake of the Coronavirus outbreak as the government sets out a £330 billion package of loans and guarantees to support businesses and a further £20 billion for business rates relief and grants.