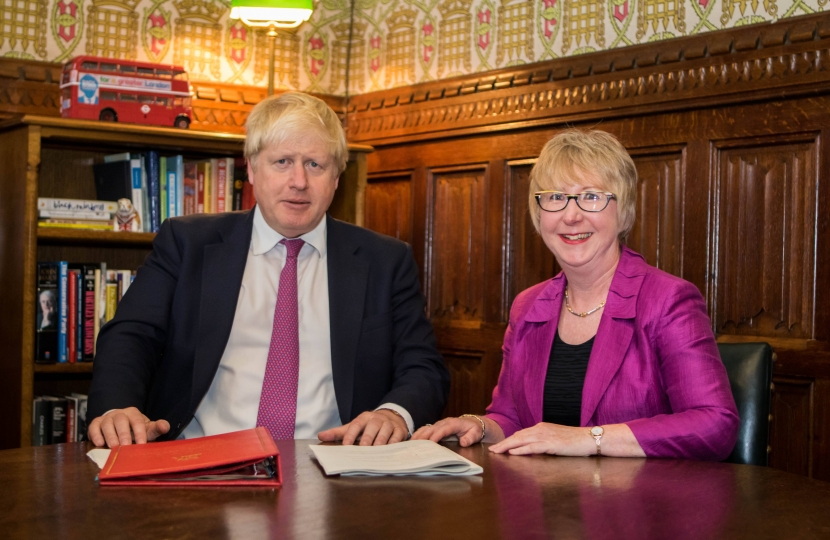 On the election of The Rt. Hon. Boris Johnson MP as the next Leader of The Conservative & Unionist Party, Maggie Throup MP, Member of Parliament for Erewash, has released the following statement:

This is an historic day in the life of our great nation.

It is my belief that in Boris, we have both a new Leader and Prime Minister who can and will deliver Brexit, unite our Party and our Country and defend it against the threat of a hard-left Labour Government led by Jeremy Corbyn.

He comes to the job at a time when the public are crying out for a positive vison for the future of the United Kingdom which extends beyond the narrow confines of the Brexit debate and I look forward to working with him to effect real change for the good of my Constituents.

In congratulating Boris as our new Leader, I also want to pay tribute to our out-going Prime Minister Theresa May. She embodies the very spirit of public service and can be rightly proud of her achievements, not only as Prime Minister, but also as Home Secretary and before that, Party Chairman in tackling some of the burning injustices in our society such as modern slavery and mental health provision.

Now that the Leadership contest is at an end, it is vital that the Conservative Party once again unites around our new Leader and renews its focus to deliver for every section of society.

This is a fresh start and the job begins today!