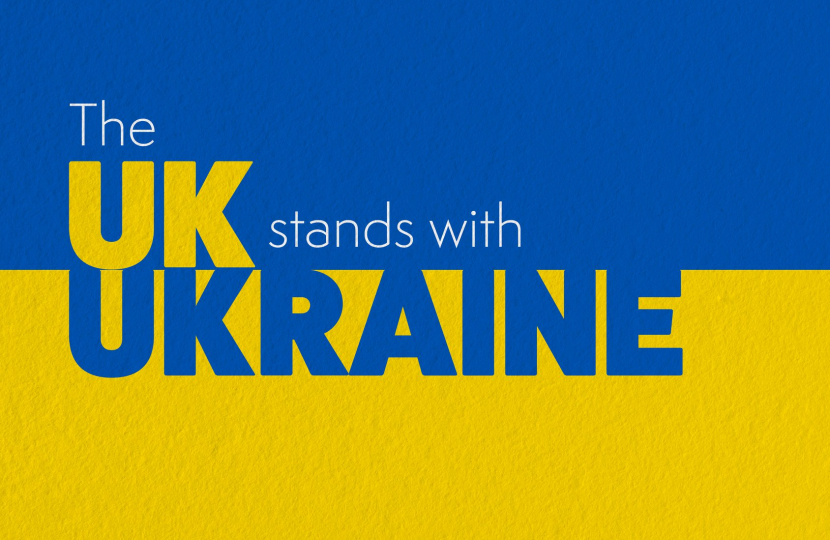 I join with both the Prime Minister and other leaders from across the free world in condemning the unprovoked and premeditated attack against Ukraine, authorised directly by President Putin.

Our thoughts and prays are with the Ukrainian people who have displayed awe-inspiring bravery and heroism at this most perilous moment, not just for them, but for the world.

As a Member of Parliament, I also stand in solidarity with my colleagues in the Ukrainian Parliament as they fight to defend their precious democratic freedoms.

Whilst this is a fast-moving situation, the UK Government has implemented an unprecedented package of sanctions on Russia alongside our international partners, and the Prime Minister has assured the Ukrainian President, President Zelenskyy, of Britain’s unwavering support for his country.

In addition, Ministers continue to hold urgently discussions with our allies and partners to coordinate the global response, to ensure that Russia cannot further undermine European peace and stability.