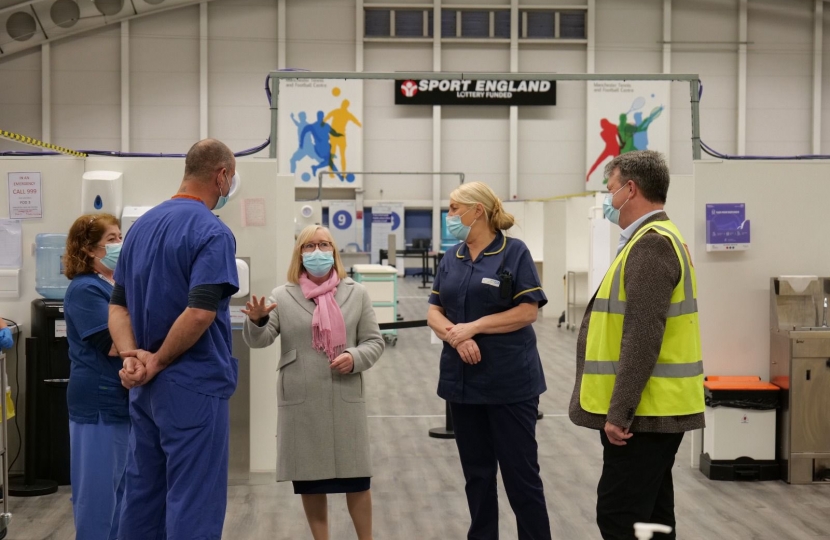 Maggie is a scientist turned businesswoman, who held the Derbyshire constituency of Erewash in 2015 and again in 2017 and 2019 for the Conservative Party with an increased majority on each occasion.

After obtaining an Honours degree in Biology from Manchester University, she began her career at Calderdale Health Authority as a medical laboratory scientist, spending seven years in the role and gaining professional qualifications in Haematology. Remaining in the health sector, Maggie moved into medical diagnostics sales and marketing with a pharmaceutical company before establishing her own marketing company.

Maggie first entered politics through her involvement with a community campaign to save an area of green belt from development and has since gone on to lead a number of similar campaigns, most notably opposing the construction of the East Midlands HS2 Hub on green belt at Breaston.

In her limited spare time, Maggie is often found outdoors pursuing her interests of gardening and hill walking.