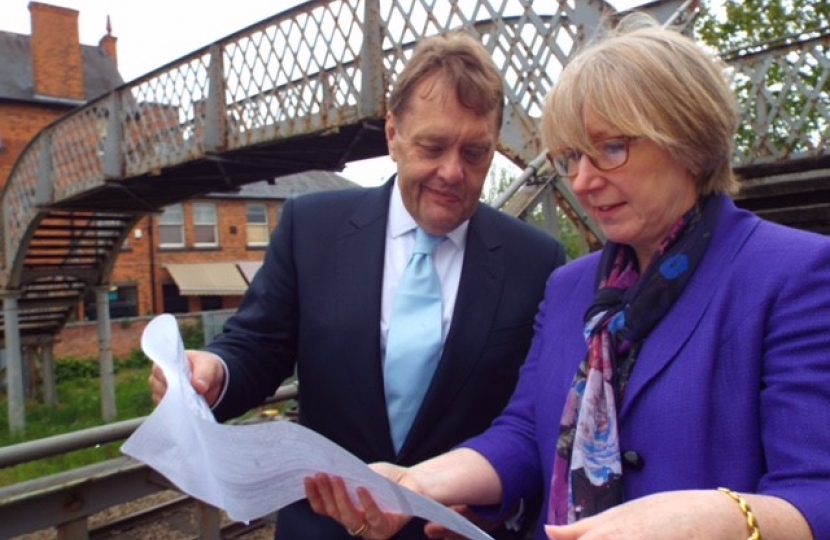 As you will no doubt be aware, Parliament is shortly to dissolve in readiness for the General Election on Thursday 8th June. Consequently Maggie will cease to be the Member of Parliament for Erewash from 12.01am on Wednesday 3rd May 2017.

By law, during the period of Dissolution and until after an Election Result is declared, Maggie should not be identified as a sitting MP at any event she attends.

Therefore the press release circulated by Ben Timberley, Campaign Manager for Stop HS2 Erewash, on Friday 21st April and of which Maggie had no prior knowledge, is factually inaccurate.

This release is intended to clarify the error.

Speaking ahead of the meeting, Maggie commented:

“I am deeply disappointed by the tone that the Stop HS2 Erewash Campaign Group, through Mr Timberley, has taken towards this event.

“I have been in discussions with the Chair of the campaign group, David Shipman, for a number of months to try to arrange a mutually convenient date, time and venue.

“These details were agreed by both myself and Mr Shipman well in advance of the General Election being called, and I am pleased that the group is still happy for it to go ahead.

“As the Member of Parliament for Erewash, I have made no secret of my positon on HS2 and have done my upmost to support the communities directly affected by the project, including campaigning for a tunnel under Long Eaton.

“Further I have taken my concerns about the proposed route and the compensation scheme to the highest levels, raising them with both The Secretary of State for Transport and the Chairman of HS2 Ltd.

“If I am lucky enough to receive a renewed mandate from the people of Erewash on 8th June, they can be assured that I will continue to be a strong local voice that will continue to hold both the Government and HS2 Ltd to account, and fighting for the best deal for local residents in Long Eaton, Sandiacre and Stanton Gate.”

The meeting will take place on Monday 15th May 2017 at 7pm at The Soldiers & Sailors Club, Long Eaton.