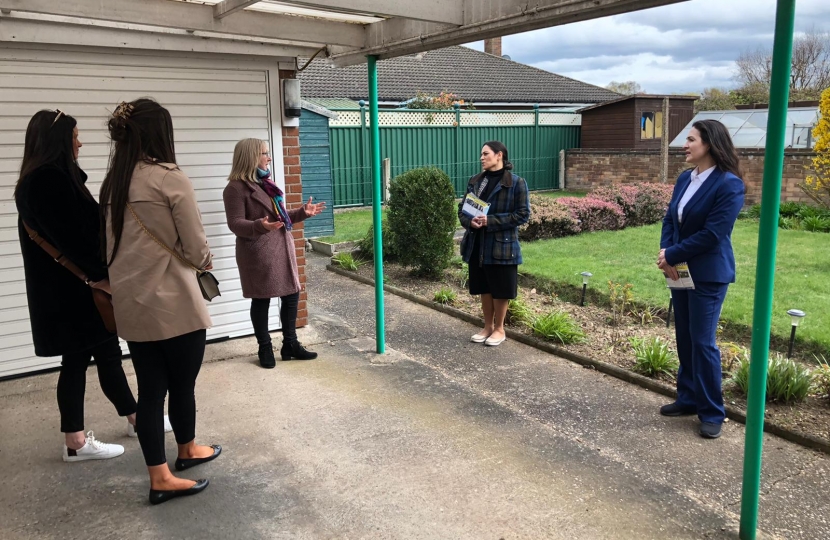 A campaign to ban the distribution of unsolicited sexual images, commonly referred to as ‘nudes’, has received a huge boost this week, following the publication of the Government’s new strategy to Tackle Violence Against Women and Girls by the Home Secretary, The Rt. Hon. Priti Patel MP.

The campaign, which has been vocally supported by Erewash MP Maggie Throup, would see the creation of a new ‘cyberflashing’ criminal offence to help put an end to the vile practice, which is currently estimated to affect around 41 per cent of women aged between 18 and 36.

“The Government is working to ensure that criminal law keeps pace with changes in technology to better protect women and girls online. The Department for Digital, Culture, Media and Sport sponsored a review of abusive and harmful online communications by the independent Law Commission which considered whether the current law needs updating to account for online abuse, which is frequently targeted at women. The Law Commission has now published its final report setting out recommendations for reform, including proposing a new threatening communications offence, and a new offence to capture cyberflashing. The Government is carefully considering the Law Commission’s recommendations for new offences and may use the Online Safety Bill to bring them into law, where it is necessary and appropriate to do so.”

Commenting on the Strategy, Maggie said:

“It is a sad reflection on our society that a minority of people are using modern technology, including social media, to target women and girls in this way.

“Parliament must therefore continue to update the law to reflect the realities of the digital age, in order to better protect people from the new threats that it poses.

“In March I wrote to the Home Secretary about the campaign to ban cyberflashing and have since held productive discussions with her about what action can be taken to tackle the issue.

“The Violence Against Women and Girls Strategy marks an encouraging next step in this campaign, however I will continue to lobby Ministers as they consider the proposals put forward by the Law Commission, so that we can get this new offence onto the statute book as soon as possible.”

The Government’s strategy to Tackle Violence Against Women and Girls can be viewed at https://www.gov.uk/government/publications/tackling-violence-against-women-and-girls-strategy.

I share the very real concerns that have been expressed by Derby County supporters regarding the situation at the Club and want to assure you of my commitment to helping the Rams survive in the English Football League (EFL) past the arbitrary 1st February 2022 deadline.