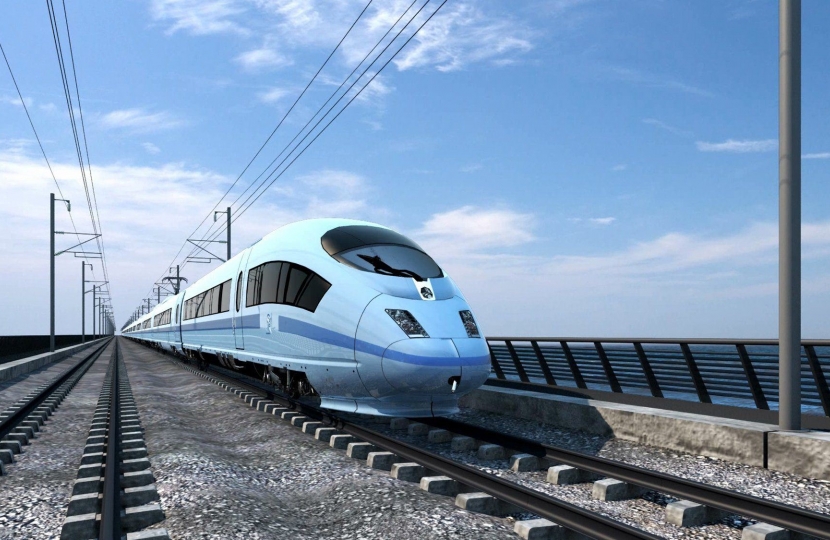 Responding to a press release issued by Erewash Labour regarding HS2, Erewash MP Maggie Throup has made the following comments:

“Having already been rejected at the ballot box twice herself, this latest publicity stunt by Labour’s Parliamentary Candidate is just another cynical attempt to try to rally some much-needed support for her Council colleagues ahead of the Local Elections in May.

“Through their comments, Erewash Labour have exposed their willingness to play with people’s lives for pure political gain.

“Like me, they know that the real time to campaign against this project was back in 2009 when it was first proposed by the last Labour Government; not now when the first footings have already been dug.

“What people along the route want more than anything is certainty about the project. That is why I, along with my Conservative colleagues locally, continue to fight for a bespoke package of support for residents and businesses displaced by HS2, as well as ensuring we have a clear plan in place to capitalise fully on the economic benefits this major infrastructure project will bring to our area.”

- At no point has Maggie called for the viaduct to be an "an iconic tourist attraction" and so the attributed quote is completely false. As the preferred option of a high-level viaduct will inevitably dominate the visual landscape of Long Eaton, Maggie has consistently made the case that HS2 Ltd must design and build an “iconic structure” using high quality materials and reflects the town’s rich industrial heritage. This comment was specifically regarding mitigation and so for Labour to use it in the context they have, is misleading.

- Contrary to what has been reported, the reason why a high-level viaduct is proposed is to prevent Long Eaton being divided. The original proposals published in 2013 would have cut the town in half.

- At a recent meeting in Parliament, Labour’s Transport Spokesman categorically stated that HS2 had his Party’s full support. This was backed up on Thursday 24th January 2019, when Labour MP for Nottingham South and Chair of the influential Transport Select Committee, Lilian Greenwood pledged her own support for HS2.