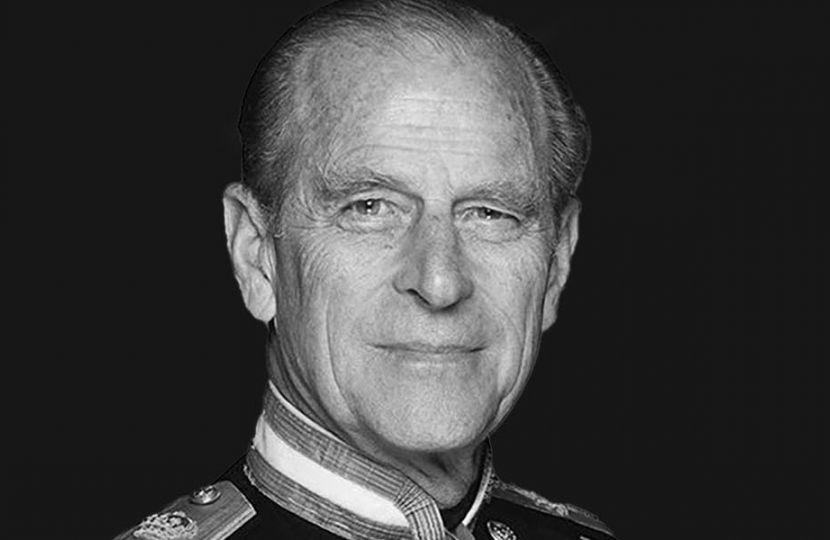 Following the death of His Royal Highness The Prince Philip, Duke of Edinburgh, and in light of the fact that many people will be unable to sign a Book of Condolence due to the current Coronavirus restrictions, I have today written to Her Majesty The Queen on behalf of the residents of Erewash to express our collective sorrow.

May The Duke of Edinburgh rest in peace.

The text of the letter reads as follows:

RE: His Royal Highness The Prince Philip, Duke of Edinburgh

Follow the passing of your beloved husband His Royal Highness The Prince Phillip, Duke of Edinburgh, I am writing to you on behalf of the residents of the Constituency of Erewash to extend to you and your family our deepest condolences.

History will no doubt record The Duke of Edinburgh’s lifetime of unstinting public service to both the Crown and the people of the United Kingdom, in addition to those of your other Realms, Overseas Territories and the Commonwealth.

Like many of his generation, including my own Father, The Duke of Edinburgh answered the call and defended Britain with honour during our nation’s darkest hour.

He has also touched the lives of countless young people through The Duke of Edinburgh’s Award Scheme and will be fondly remembered by generations to come for his immense contribution to your Armed Forces, as well as to science, engineering, exploration, conservation and the environment.

It is true to say that with the passing of The Duke of Edinburgh, we have lost one of our Country’s greatest champions, and I hope you will take comfort in the knowledge that he was loved and respected by so many of your people.

We join with you and your family in mourning his passing and give thanks to God for the rich legacy he undoubtably leaves behind.

I have the honour to be, Madam, Your Majesty's humble and obedient servant,

Member of Parliament for Erewash & Lord Commissioner of HM Treasury

Erewash MP Maggie Throup has welcomed the publication of the terms of reference for a fan-led review of football by the Secretary of State for Digital, Culture, Media and Sport, The Rt. Hon. Oliver Dowden CBE MP.