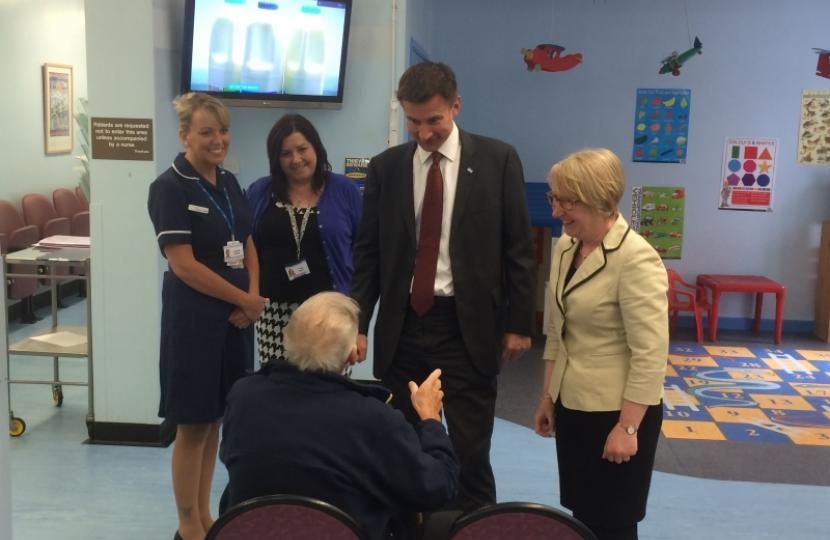 Maggie Throup MP, Member of Parliament for Erewash and Member of The Health Select Committee has released the following statement regarding NHS winter pressures.

A number of residents have contacted me about the NHS and I thought it would be helpful to send an update for everyone.

Rest assured, the NHS always has plans for the extra pressures at this time of year and this year is no exception. Indeed the planning began even earlier for this winter.

In my capacity as a member of the Health Select Committee, prior to Christmas I had a meeting with Simon Stevens, Chief Executive of NHS England, when he outlined the Winter Preparedness Plan for the NHS during this period which is now being implemented.

In previous years, planned operations have been postponed at the very last minute. This year the strategy has been to postpone non-urgent operations with as much notice as possible, which was felt would be more acceptable to patients.

There has been calls for more money to be provided for the NHS – this has already happened. The Derby Hospitals NHS Foundation Trust has received over £2million as a result of the Autumn Budget’s winter allocation for the NHS, and the Nottingham Universities Hospital NHS Trust received in excess of an additional £4million. The Government continues to invest more in the NHS than ever before, with an additional £8billion allocated to the NHS in real terms over the next five years.

It is deeply disappointing that Labour and the left-wing campaign group 38 Degrees are again conspiring to mislead the public and continue to weaponise our NHS for their own political gain. They have spread fear rather than reporting the facts and I trust you will join me in condemning their actions. This has detracted from the immense efforts being made by all our NHS and social care staff in these difficult times and their dedication must be acknowledged.

There is always pressure on the NHS during the winter but simply throwing more money at the NHS is not the only answer. There is huge amounts of financial waste at all levels that can be avoided to secure the best value for taxpayers. That is why tough new financial controls have been introduced to cut down on waste, which has already saved the NHS £1 billion between 2014/16.

It is important to put on record that the number of patients being treated is at record levels, cancer survival rates are at their highest ever level, 17 million people are now able to access GP appointments in the evenings and at weekends, and public satisfaction among hospital in-patients is at its highest level in more than 20 years.