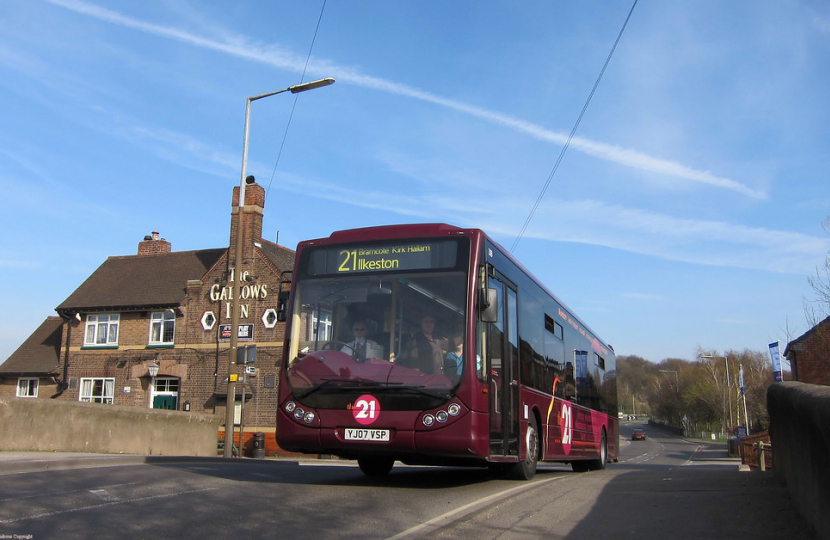 The public petition calling on TrentBarton to reinstate the Number 21 bus service will close to new signatures on Friday 9th December 2022.

Erewash MP Maggie will then present the petition to Parliament on Tuesday 13th December where it will receive an official response from the Government.

“Since TrentBarton ended the service back in October, many residents living in Kirk Hallam, Shipley View and Hallam Fields have contacted me to described how they have been left feeling isolated.

“This has been reflected in the strength of public support shown for this petition, which will hopefully send a clear message to TrentBarton that they were wrong to withdraw the Number 21 bus service.

“I look forward to presenting the final petition to Parliament on Tuesday and will keep residents updated on both the Government’s and TrentBarton’s response.”

Anyone still wishing to sign the petition can do so either online at https://www.maggiethroup.com/save-number-21-bus or in person at Maggie’s community office on South Street in Ilkeston.

In addition, if you have any completed petition sheets yet to be returned, these can either be scanned and emailed to maggie.throup.mp@parliament.uk or dropped into the community office.